So here's the deal.

As is so typical of me, I saw the Photoshop mockup of the Most Expensive One and said (everyone repeat after me), "Ooooh....Shiiiiiiny....." I then convinced myself I could afford it, had to have it, and ordered it. With an extra nib in a different size, in fact - Stipula pens have nibs that swap! Look! It's really an economical move - two pens for the price of - well, two or three - or four. Or even more, depending on price point.

So I shipped my money off and waited.


Etruria, the maker of Stipula pens, is an Italian firm. Unlike so many brand names around (though, arguably, they are primarily not the companies that introduced them), Etruria is a pretty recent player in the pen world, having begun the manufacture of pens in 1982, and under their own name only in 1991. As with many of the Italian makers, the finish work of the pens (in my opinion) reflects the long history of excellent jewelry making and goldwork in Italy. In past decades, the gold overlay work on pens coming out of Italy was unparalleled. So you could understand why I might be attracted to the pretty, shiny blue celluloid pen with 18k gold vermeil trim.

As part of their agreement with FPN, Etruria would only begin manufacture once they were assured of a certain number of sales - only good business sense, and they are a fairly small company I'm told. This meant that I put my money down in June, and received the pen the following February in a direct shipment from them in Italy.

And it wrote like crap. That's a technical term. Beyond a dry writer, it delivered a line that - if it distributed ink at all - looked like nothing so much as if a half-dried-out Magic Marker had made it. I still have some test writing I did with the pen at that time, but since this is a family-friendly blog I cannot display it here. You know what I was writing. 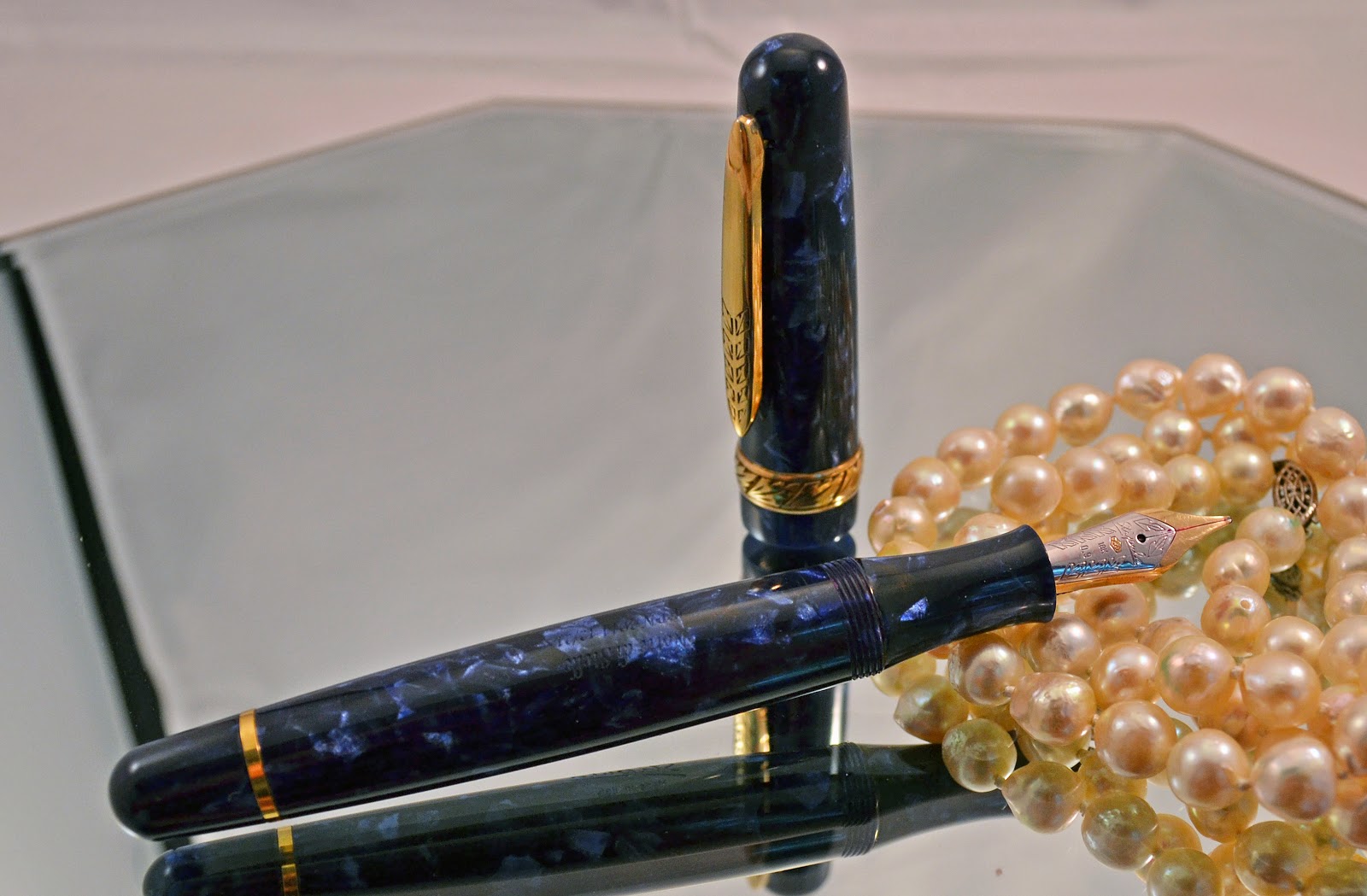 I spent weeks flushing it, trying different inks, trying to "write it out," and finally stuck it in the pen box and tried to forget my folly in spending so much money for something that didn't work worth a damn. The pen is lovely, and as a piston-filler it holds a lot of ink - but it sure couldn't deliver it.

I was particularly frustrated because I had also picked up one of the FPN LE Passaportos (hovering in the background of this review) from someone who decided they didn't need it, and it wrote like a champ, was beautifully made, and had quickly become a favorite. So why would the inexpensive one work, and the expensive one not?

Months later, I finally decided, dang it, I spent a small fortune for this pen and it had better work! So I contacted Yafa, who is the US representative for Etruria, submitted a warranty claim, and shipped the pen to Los Angeles. Yes, I should have done this in the first place. I have no excuse, other than the previously mentioned folly-forgetting attempt.

After the pen had been at Yafa for a month, I asked for a status. Still working on it. After the second month, Yafa 'fessed up with the fact that they couldn't fix it, and were shipping it back to Etruria in Italy. Finally, back it came, having been gone from August until the end of December, with Etruria's assurances that it was all better.

In desperation, I reached out to WimG, the man who runs FPN, for help. After all, he had worked with Etruria on the deal, and FPN is one of the biggest fountain pen virtual gathering spots in the world - Etruria would hardly want a black eye out of this, now would they? (And those of you who know me know that I'm completely capable of delivering one.) It turns out that Wim had recently contracted with Etruria to serve as one of their European reps and was authorized to do warranty repairs. He had addressed the very problem I was having in a couple of other Etruria pens and had ideas about how to fix it. He asked me to ship him the pen and both nibs to his home in the Netherlands, and he would work on it under warranty with Etruria's agreement.

So back to Europe went my pen, its third visit. Unfortunately, when Joe shipped it out, in a fit of economy he chose a shipping method that was mostly uninsured, untraceable beyond US shores and apparently involved slow boats and some detours, because it took the pen well over two months to get to the Netherlands. I hope it enjoyed the cruise.

I was glad to hear it had finally reached its destination, as I was ready to give it up as lost. To add insult to injury, when the postman delivered the pen to Wim's home, he demanded €30 cash duty on it despite the fact it was clearly labeled as being sent for repair. That had a feel of The Postman's Short of Beer Lunch Money to me, but so be it - the pen had surfaced after weeks of wandering. At that point, I was only half-jokingly referring to the pen as cursed - wherever it went, it caused trouble and didn't work.

My suspicions of accursedness were borne out by the fact that, shortly after that pen arrived in the Netherlands, its exchange hosts were beset with a number of challenges, which I will not elaborate upon as they are not my story to tell; suffice it to say that life events caused delays in the repair process. After four months abroad, the prodigal pen made its way home - much more speedily than it meandered its way to the Netherlands, its tour guide from Europe being rather more well-versed in international shipping than my earnestly helpful but less-experienced assistant here.

And as many of us are wont to do as we get a bit older, it had decided it had better straighten up and fly right, lest the Bottom of the Pen Box be forever its fate. To add to the fun, Wim had, by way of apology to me for the two-year delay in having a useable pen (and also just because he's a nice guy), converted both nibs to dual-sided nibs - both nibs now write excellently, with differing widths, either right side up or upside down. 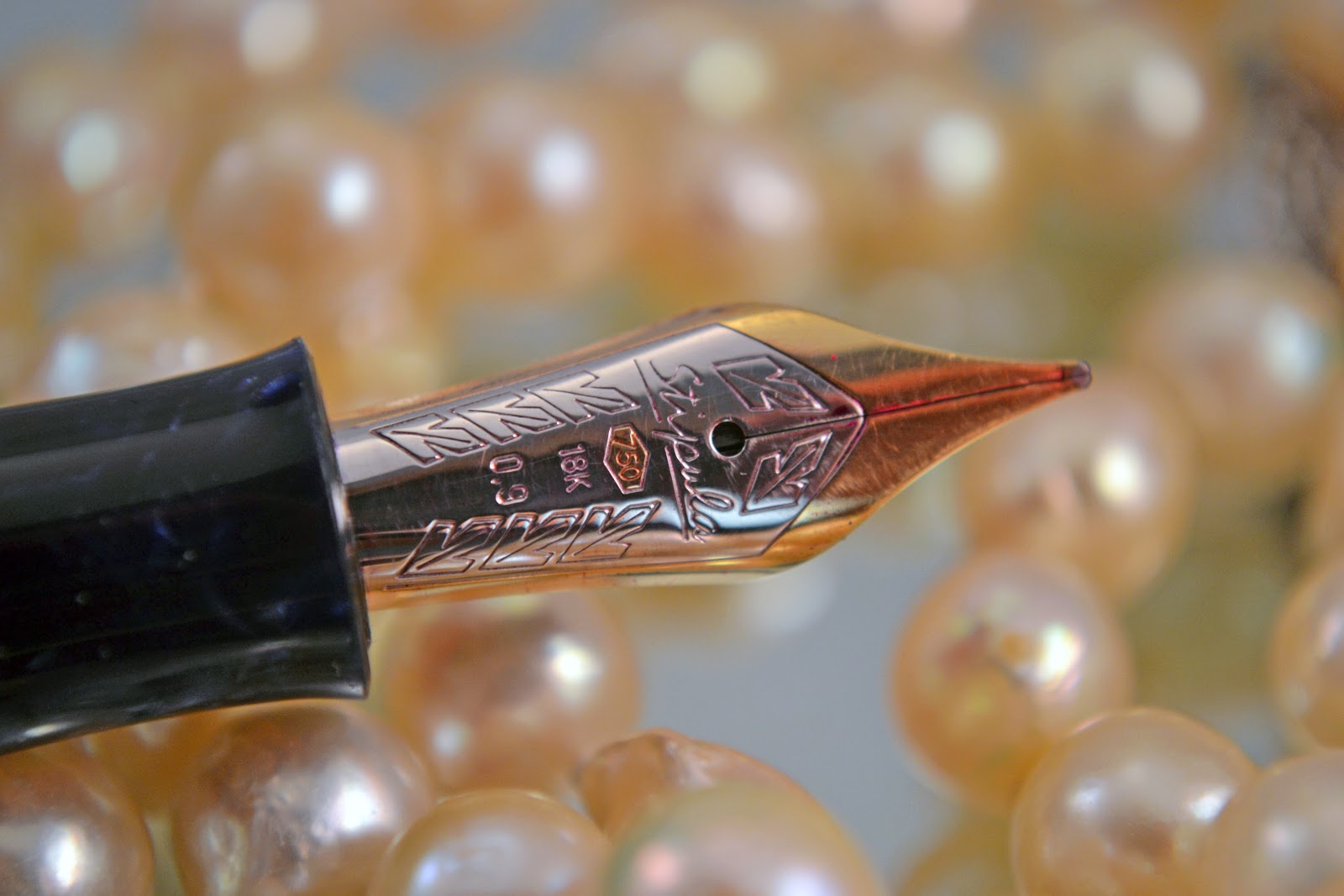 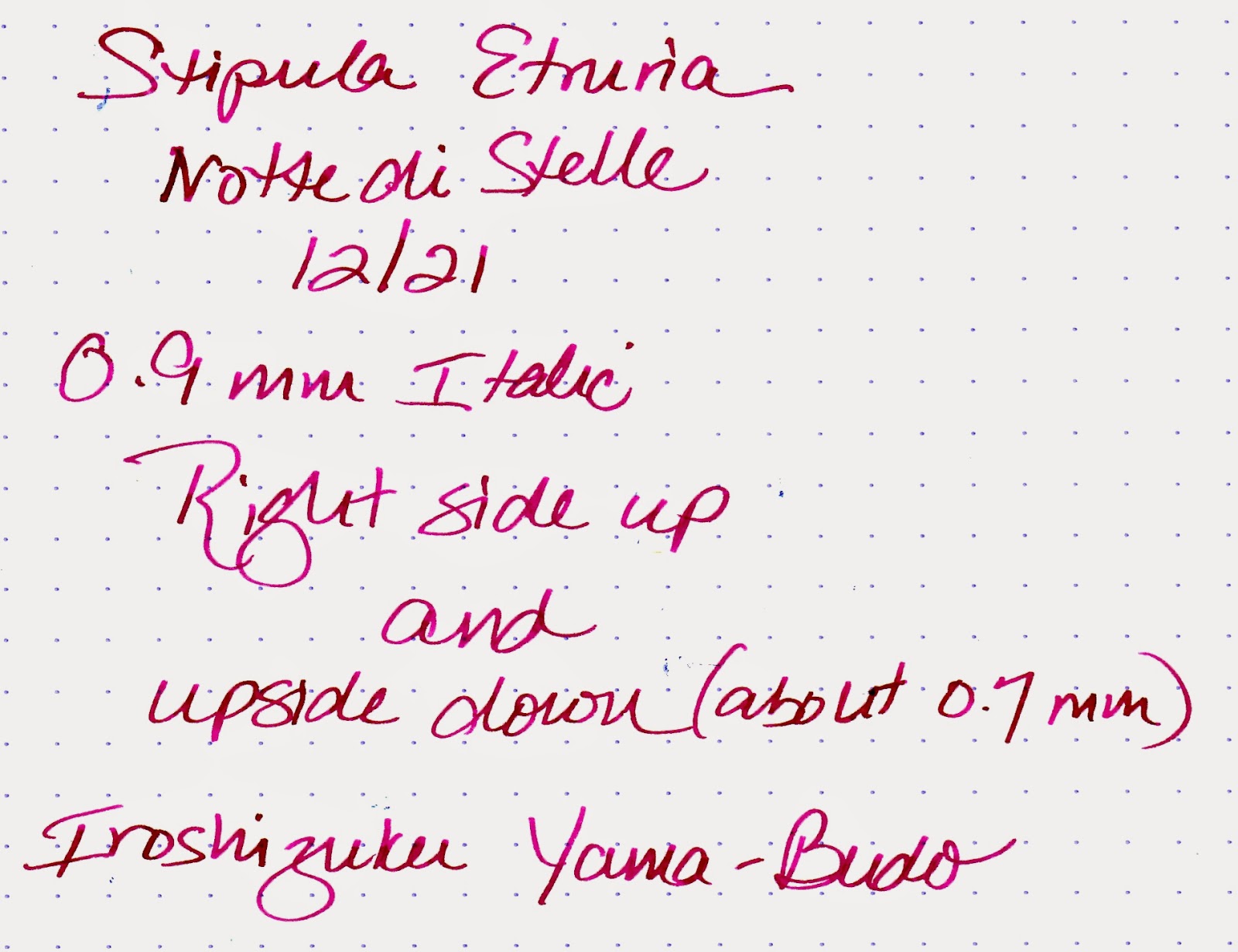