I was one of the lucky people who got their order in at Goulet Pens during the (reported) three hours they had it in stock, and the new J. Herbin Anniversary ink, Stormy Grey, arrived today.

First impression, in a word: Wow.

The grey tint is much darker than I had been led to expect. This isn't a bad thing, just an observation. For this ink, it's actually a good thing, because it allows the gold flecking to show off even more distinctly.

And show off it does. It is almost holographic in nature, in fact, on the Rhodia paper I tested it on.

Note the stern warning on the shrink wrap. 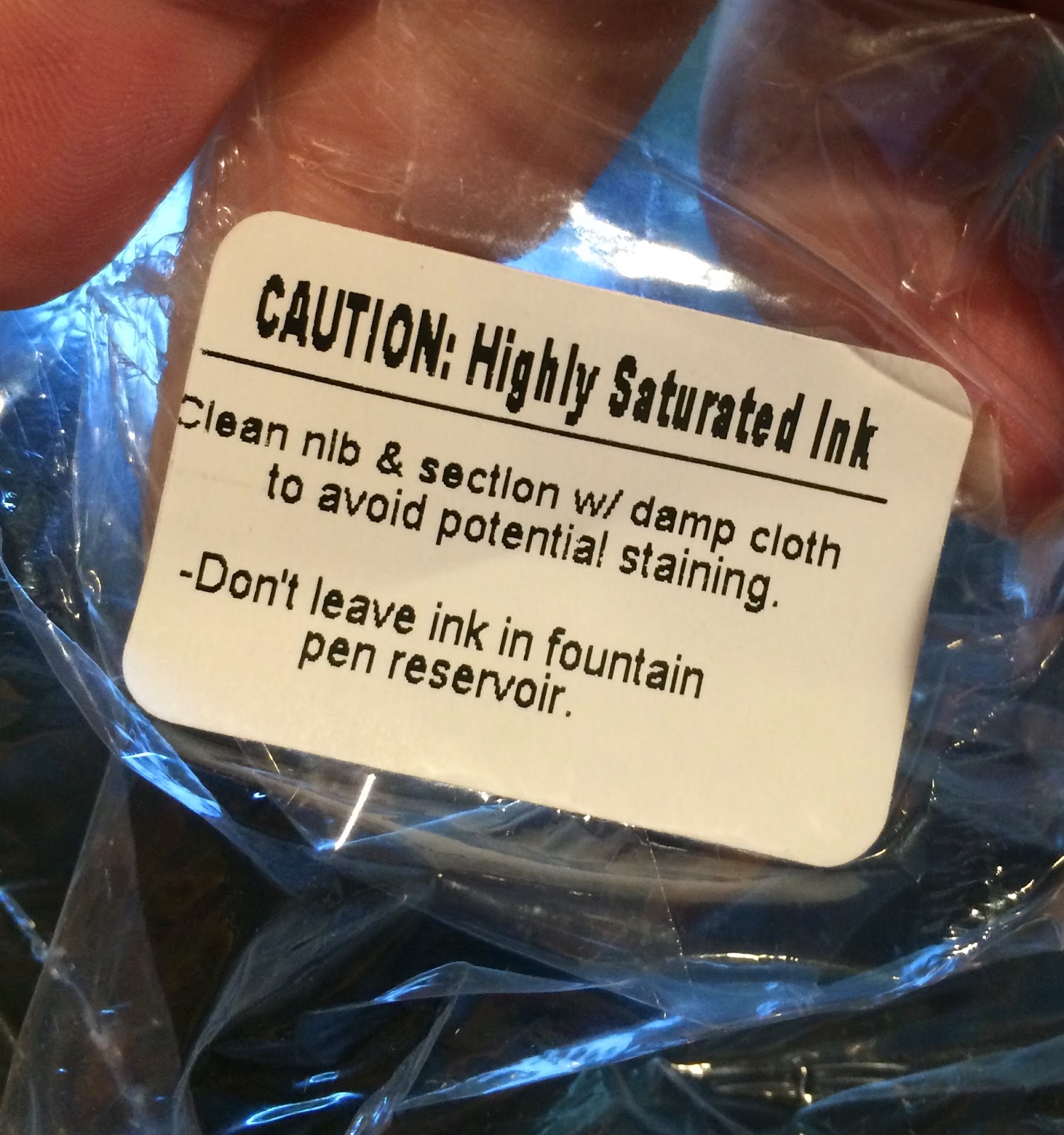 A few quick shots of the bottle. Note the gold flecks sedimented on the bottom. I shook the bottle briskly before opening and inking. 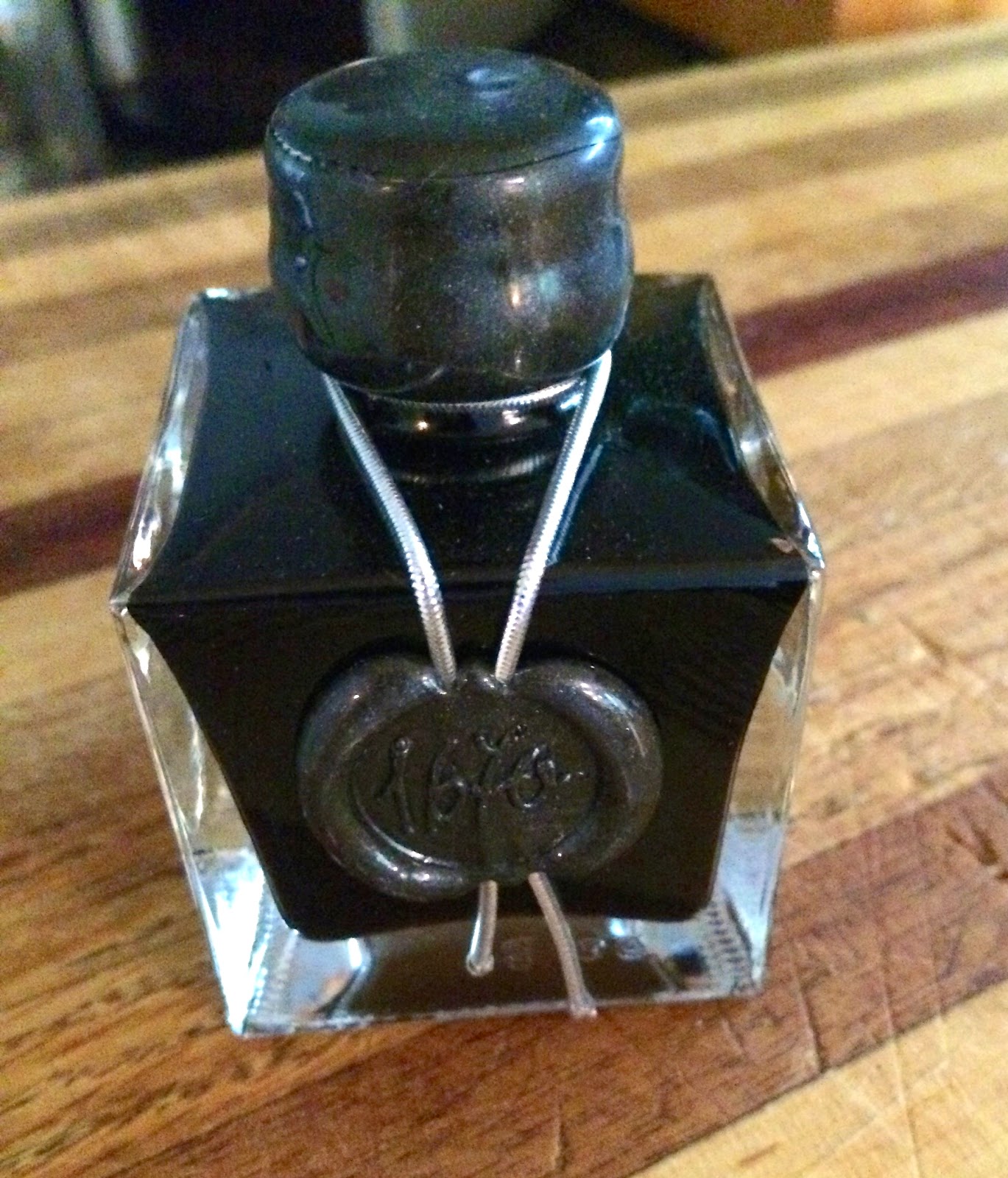 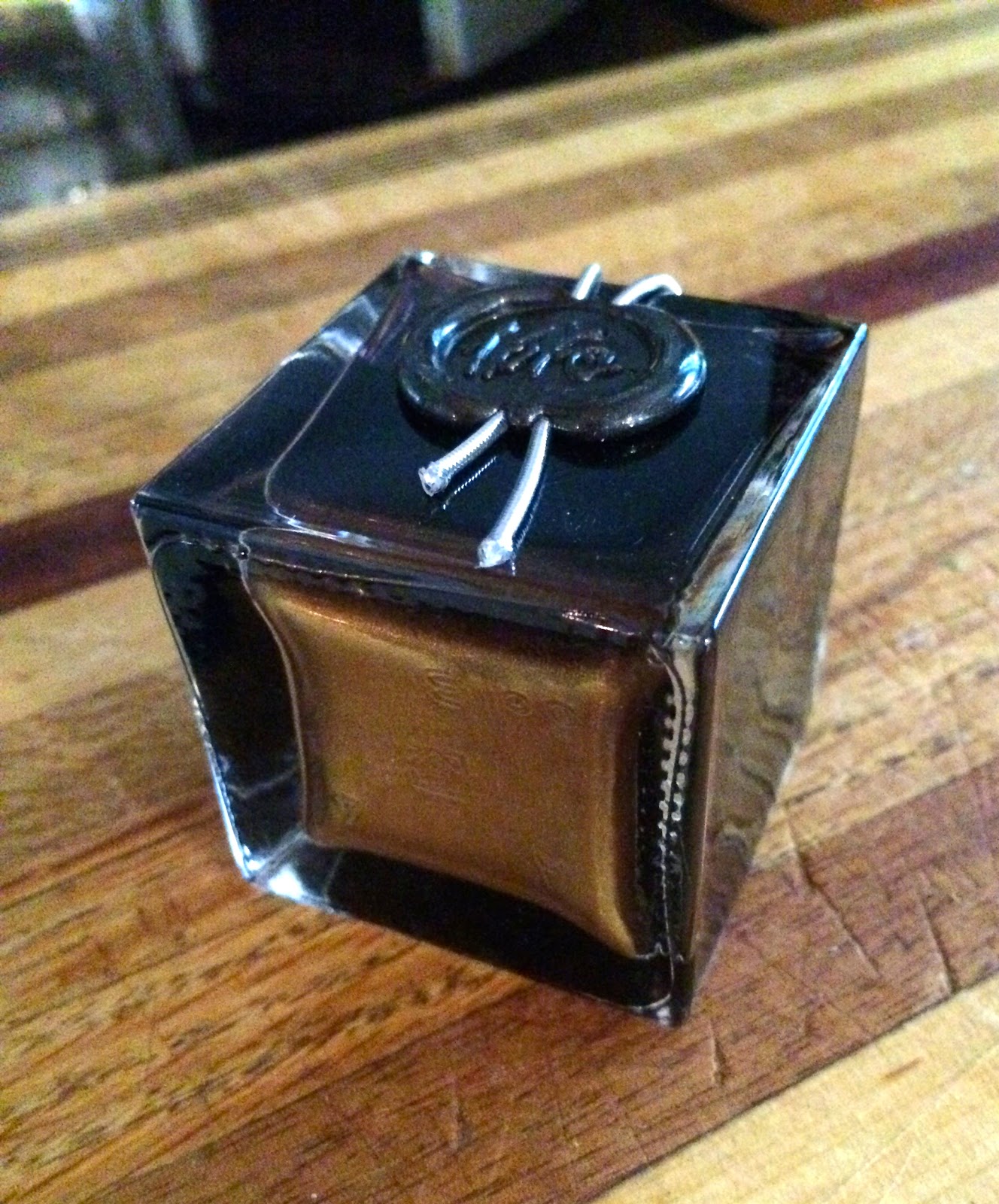 For my initial test, I grabbed my trusty TWSBI with the Pendleton Point and loaded it up. I chose this pen for a couple of reasons: firstly, it disassembles pretty completely, so if I had clogging issues given the gold flecking, I could field strip the pen and clean it well. Secondly, that Pendleton Point regrind shows off inks just beautifully.

And make no mistake - this is a beautiful ink. I was surprised at just how sparkly it could appear. It's not in your face with it, but it is very definitely noticeable.

What do I think? LOVE it. I would exercise caution and, for example, not put it in a vintage or antique pen due to the saturation factor, but it definitely will have a place in the rotation for me.

Here are a couple of quick closeup shots to give you an idea of the sheen. 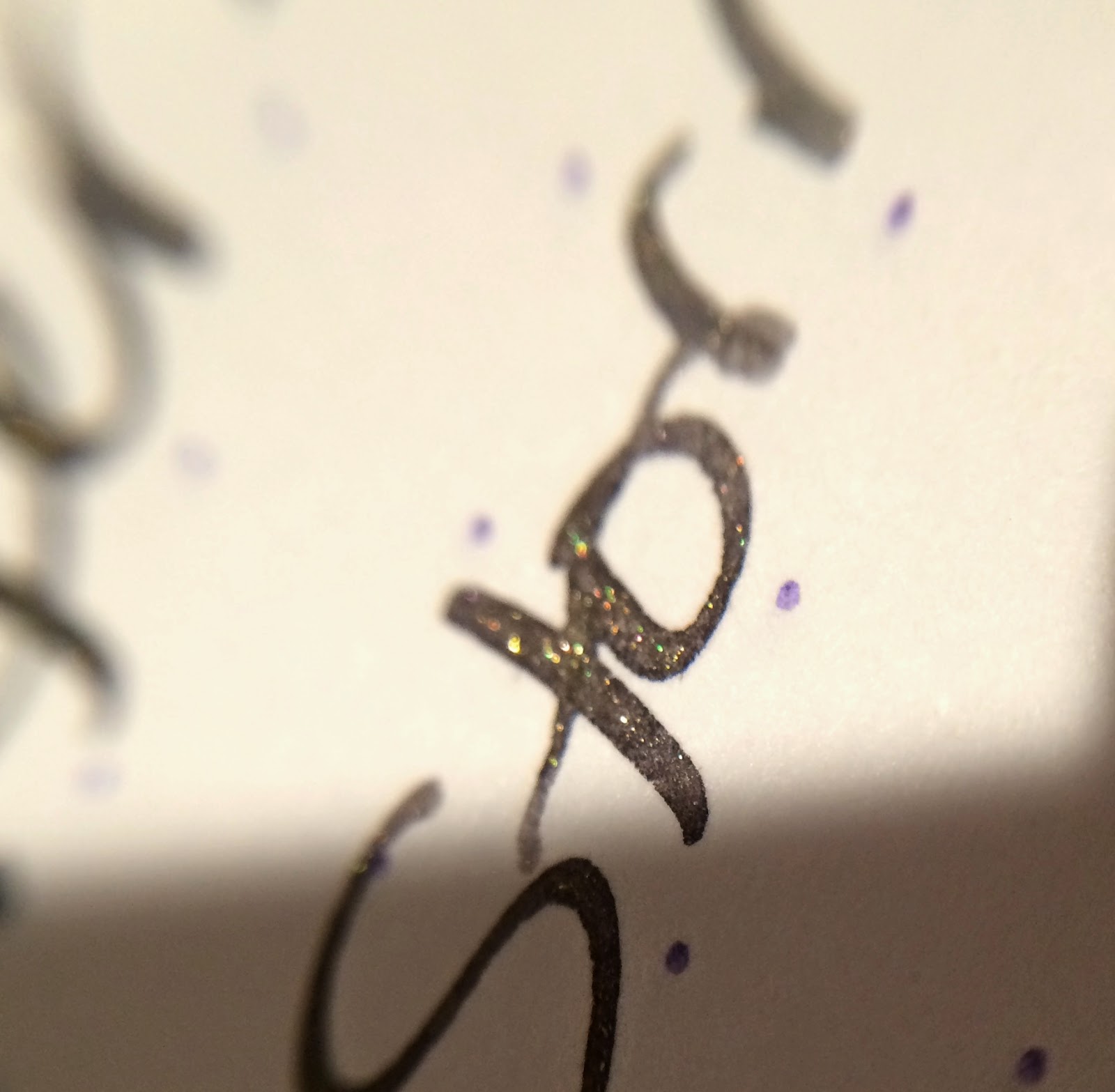 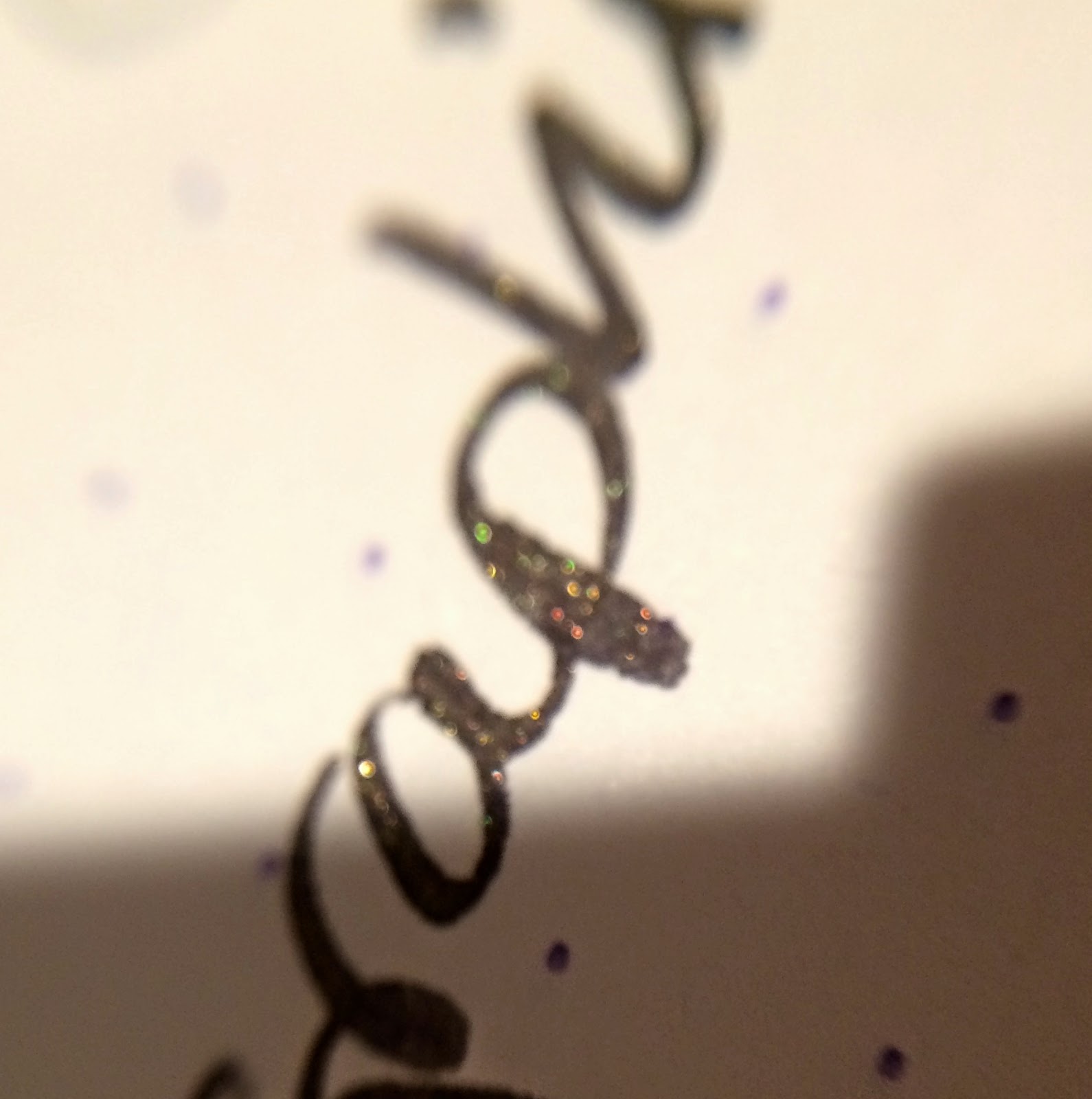 And lastly, two photos, one in strong light to pick up the sheen, and one in a more ambient room light, to show you how it might look in use. 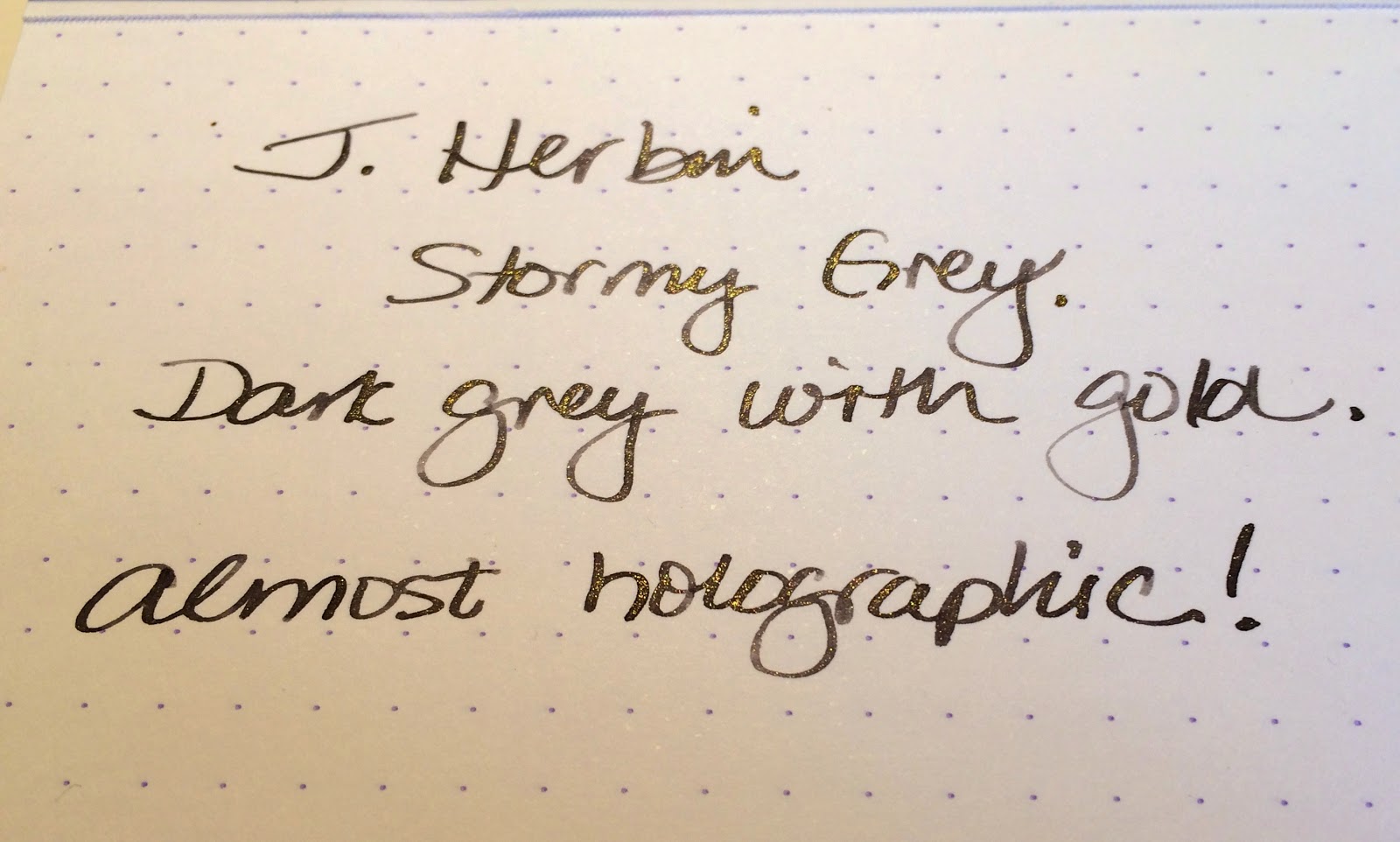 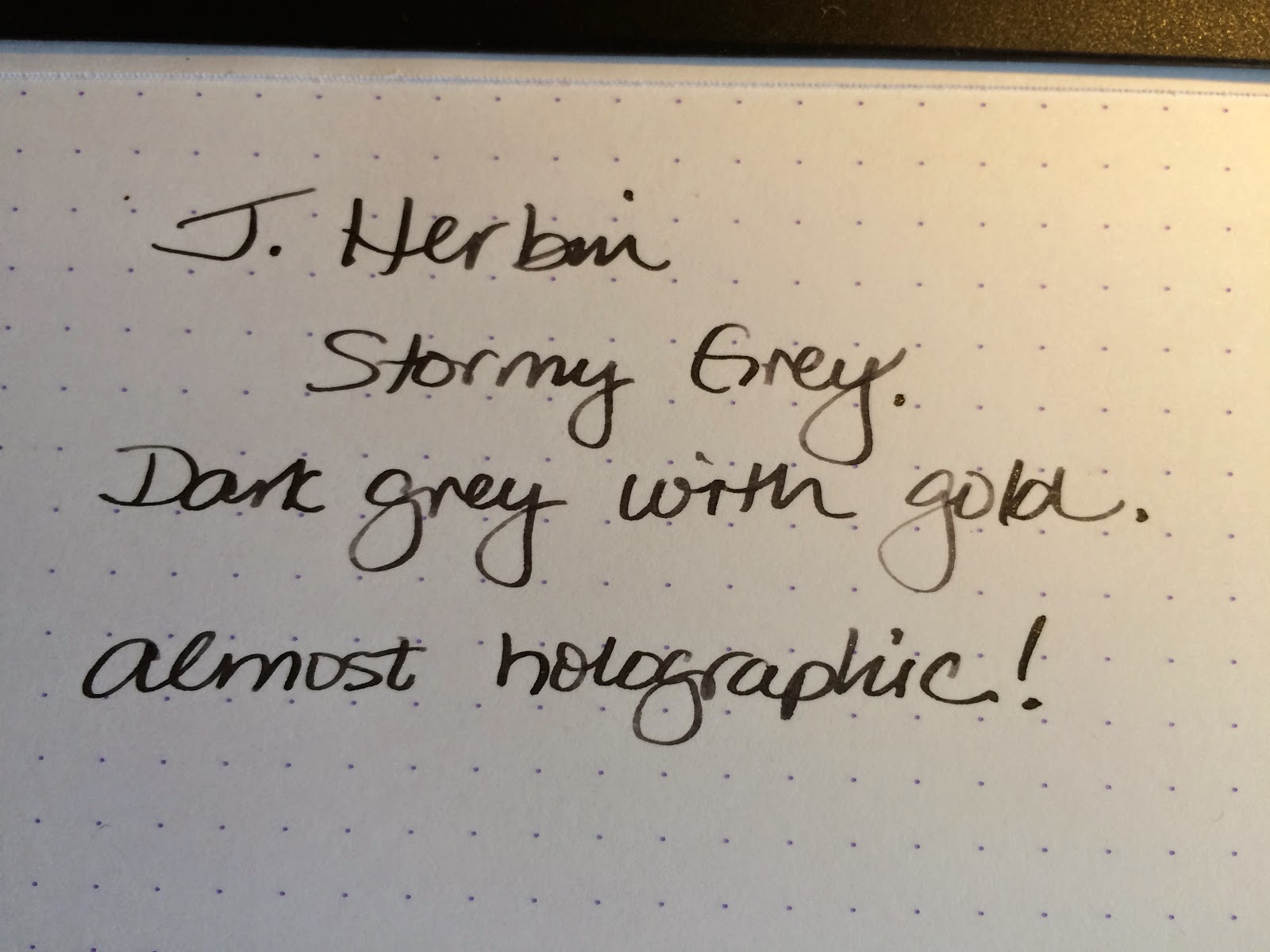 I am going to be brave (or is that foolhardy?) and leave the ink in the pen for a few days and put it in normal rotation, to see how it behaves, and I'll report back with an update. For now, I have a new favorite ink, but we'll see how long that lasts!

The TWSBI ended up sitting, unused and largely undisturbed, for about a week. This morning I picked it up, shook it slightly to distribute the lovely sparkles, and tried to write with it. It started up after the fourth attempt at a downstroke to make a capital T, and wrote flawlessly thereafter. Needless to say, I am very pleased! YMMV of course, and this TWSBI has always been a great writer for me, but I am really encouraged with how well it took to sitting around. I will update again if something more occurs to me!